Today’s Corporate Venture Capitalists (CVCs) are playing an increasingly influential and high value role in the global investment ecosystem, participating in more than 25% of Venture Capital (VC) deals. It is, however, a challenging job. Corporate Venturing programs operate professionally in a complex set of interdependent ecosystems involving both internal and external stakeholders, with unique financial and strategic mandates. Integrating an understanding of the Venture Capital ‘rules of the game’ with an appreciation for the nuances and requirements of strategic investing is fundamental to CV program professionalism and impact.

What is CVC Investment Programs?

Every Institute course taps the wisdom of our wide network of guest experts including CVCs, legal specialists, VCs and successful startup CEOs with corporate investors and partners.

For our upcoming CVC Investment Programs cohort on 28-29 June, we are delighted to be welcoming: 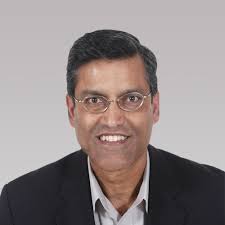 stin Noronha is Managing Director of the Sony Innovation Fund which makes early stage investments using Sony's balance sheet. In this role, he and his team are dedicated to investing in and engaging with promising early stage companies. He is also Managing Director of Innovation Growth Ventures, a join venture between Daiwa Securities and Sony that invests in later stage companies. Austin joined Sony in 2001 as Director of Strategic Investments. Prior to joining Sony, he was founder and CEO of TrueScope Technologies, an immersive video product and services startup. He has spent over 25 years in Silicon Valley at both large multinational corporations and startups. Austin holds a master's degree from Michigan Technological University and a bachelors's degree from the Birla Institute of Technology and Science, India.

Eric King is an Investm 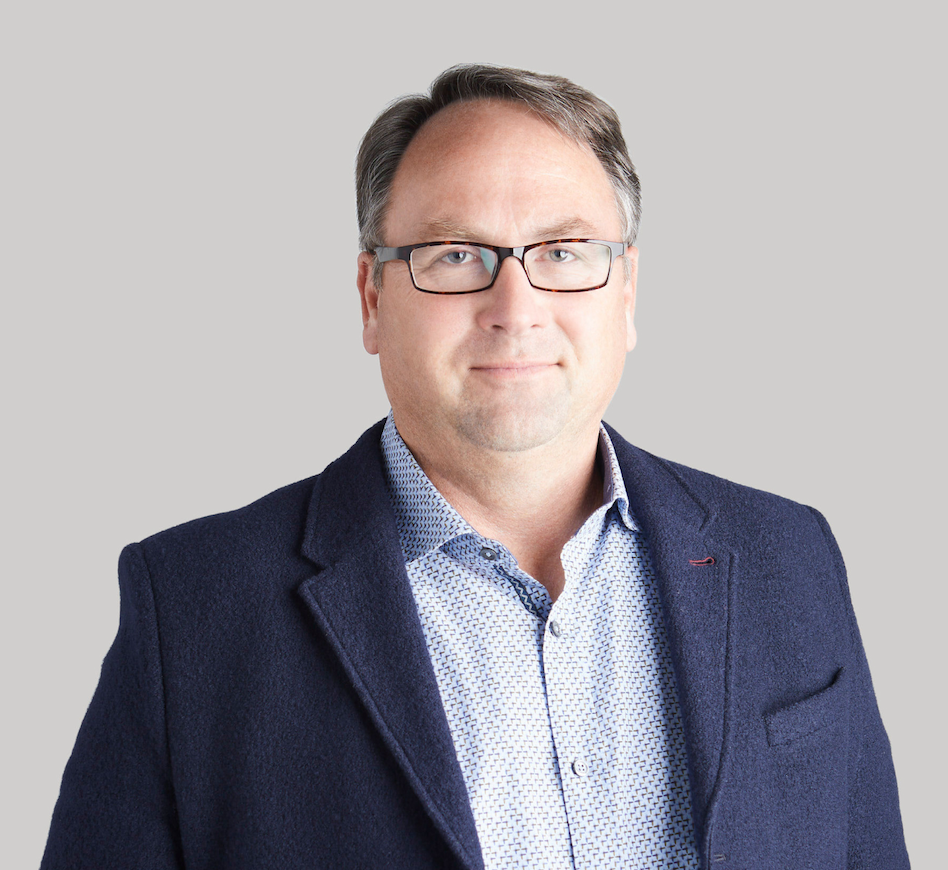 ent Director located in the Bay Area.  He was part of the Intel Capital investment team from 2000 to 2006 and then rejoined Intel Capital in 2017. In his role, Eric is responsible for managing Intel Capital's health and life science related investments and advanced manufacturing related investments. He has been responsible for multiple investments leading to public offerings and M&A, including successful exits for Sychip (acquired by Murata), Techfaith (IPO), and Ovonyx (acquired by Micron). Eric currently serves as a director or observer on the board of Exo Imaging, Caresyntax, Medical Informatics Corporation, Retrace AI, Aerial AI, Senti Bio, and Synthego. Prior to Intel Capital, Eric held several Senior Strategic Business Development roles within Intel Corporation and has served as the VP of Sales and Business Development as well as the CFO of venture backed companies. He graduated from Brigham Young University with his MBA and BS in Accounting and Information Systems. 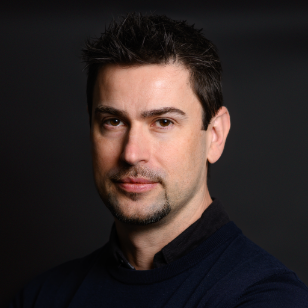 Prevailion was founded in 2017 by Karim Hijazi, a cybersecurity veteran who has worked closely with the US intelligence community for many years. Karim has been at the forefront of attacker counterintelligence and infiltration research for the last decade, developing new ways for security teams to clandestinely monitor hackers and anticipate attacks before they happen. Prior to launching Prevailion, Karim was the founder/CEO of Unveillance, an early pioneer in advanced threat intelligence and the first cloud-based data leak intelligence platform. Karim successfully exited Unveillance in 2012 with an acquisition by Mandiant, and he was then appointed as Mandiant’s new director of intelligence. While at Mandiant, Karim played an important role in that company’s well-known APT1 report released in 2013, which definitively linked the People’s Liberation Army of China to widespread cyber espionage activity against US interests. Mandiant was acquired by FireEye soon after.

During the hacktivist heydays of the early 2010s, Karim engaged in a well-documented battle with the Anonymous offshoot “LulzSec,” after the group compromised an InfraGard database. Karim’s confrontation with the group was featured in Parmy Olson’s book, “We Are Anonymous,” as well as national media like CNN and CNET. During the Arab Spring, Karim also served as a key contributor to the Cyber Security Forum Initiative’s “Project Cyber Dawn Libya,” which provided the first in-depth look at Libyan cyber warfare capabilities and defenses. CSFI’s membership includes military officials, academics and business leaders from the US and around the world.

Over the years, Karim has served as a cybersecurity industry source for many prominent news outlets, including CNN, Fox News, Washington Post, The New York Times, Forbes, CyberScoop and many more. Before devoting his work full-time to defense and intelligence product development, Karim served as founder at Demiurge Consulting, a counterintelligence and countermeasure consultancy whose clients and collaborations included Coca-Cola, TSYS, Baker Botts LLP, McKesson, Palantir, MIT, Berkeley and Stanford Universities. 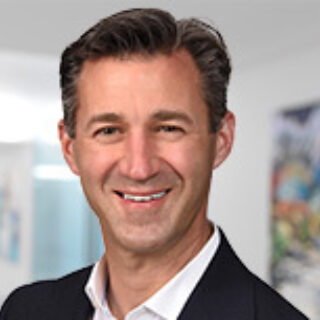 Ian is a business lawyer with more than 20 years of experience advising emerging growth  companies in the technology and life sciences industries, as well as the strategic investors that finance, partner with and acquire these companies. He also advises companies and institutions that are adapting to a technology-driven world on complex financial and strategic transactions and other initiatives designed to accelerate innovation and growth. Ian’s practice is based in the growing and dynamic technology and venture market of New York City and leverages the knowledge, insights and connections of the firm’s deep roots in Silicon Valley. Ian heads up the firm’s corporate venture practice team and is a leading voice in the representation of the corporate venture community.

He regularly advises many of the world’s most active and influential strategic investors, as well as emerging players in the CVC community, in fund formation and strategy matters, venture financing execution, portfolio company oversight and exits, and a variety of other innovative transactions. Ian also represents dozens of entrepreneurs and growing businesses in a variety of technology and life sciences sectors, including software, hardware, consumer, media, digital health and life sciences. He regularly serves as an “outside general counsel” for his emerging growth clients, leading a team of Fenwick lawyers who handle critical business and legal matters for his clients on a daily basis. Prior to joining Fenwick, Ian was a partner at an Am Law 100 firm where he served as vice-chair of that firm’s corporate practice and led the firm’s emerging company and venture practice team. 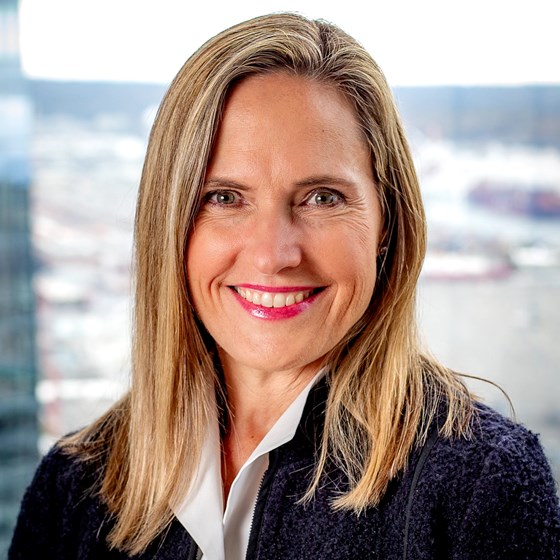 Throughout her career as both an investor and operator, Ms. Buckner’s experience has focused on innovative technologies which are disrupting traditional businesses.  Prior to joining Riverstone, she was a Managing Director at WestRiver Group, and co-head of the firm’s Pacific Northwest Fund investing in technology solutions leveraging large data sets to solve complex business challenges.  Prior to WRG, she was Senior Vice President, Managing Director of ATN Ventures, investing in novel technologies and business models that benefited ATN’s worldwide operating subsidiaries in the renewable energy and communications sectors.  Previously, Ms. Buckner founded and ran GCI’s corporate venture fund where she invested in and was on the Board of the Blue Box Group (sold to IBM); Telesphere, (sold to Vonage); and ZipWhip (sold to Twilio).

Ms. Buckner began her career at the law firm of Davis Wright Tremaine in Seattle, Washington and has extensive experience in corporate law, tax and mergers and acquisitions.  She is a Governance Fellow with the National Association of Corporate Directors and currently serves  on the Board of TeraGo in Toronto, Canada (TSX:TGO), where she is Chair of the Compensation Committee and a member of the Audit Committee.

See additional course information and registration about the CVC Investment Programs course and features on our website.